Two Headed Dog, which opened last summer, is tucked away in Braun Enterprises Midtown property at 3100 Fannin St. The bar is brain child of Lindsay Rae and Billy Boyd, two bar dons with stellar reputations thanks to their decade of slinging drinks at Grand Prize Bar.

Though it’s a smaller space than Grand Prize, Two Headed Dog retains all the things that made Grand Prize the unique institution that it is: delicious, expertly crafted libations and big dive energy. And as a true testament to keeping Houston weird, Two Headed Dog also hosts oddball events, such as the Bartender Bird Box competition.

For Bartender Bird Box II, six bartenders competed to make three drinks (a Negroni, a Whiskey sour with an egg white, and a Gimlet).

Before having their eyes covered up, they were first given 30 seconds to look at their bar and then another 30 seconds to change up anything on the bar if they needed to. The drinks were then judged by a panel of four.

Dani Taylan of Barbarella and CalleOnze 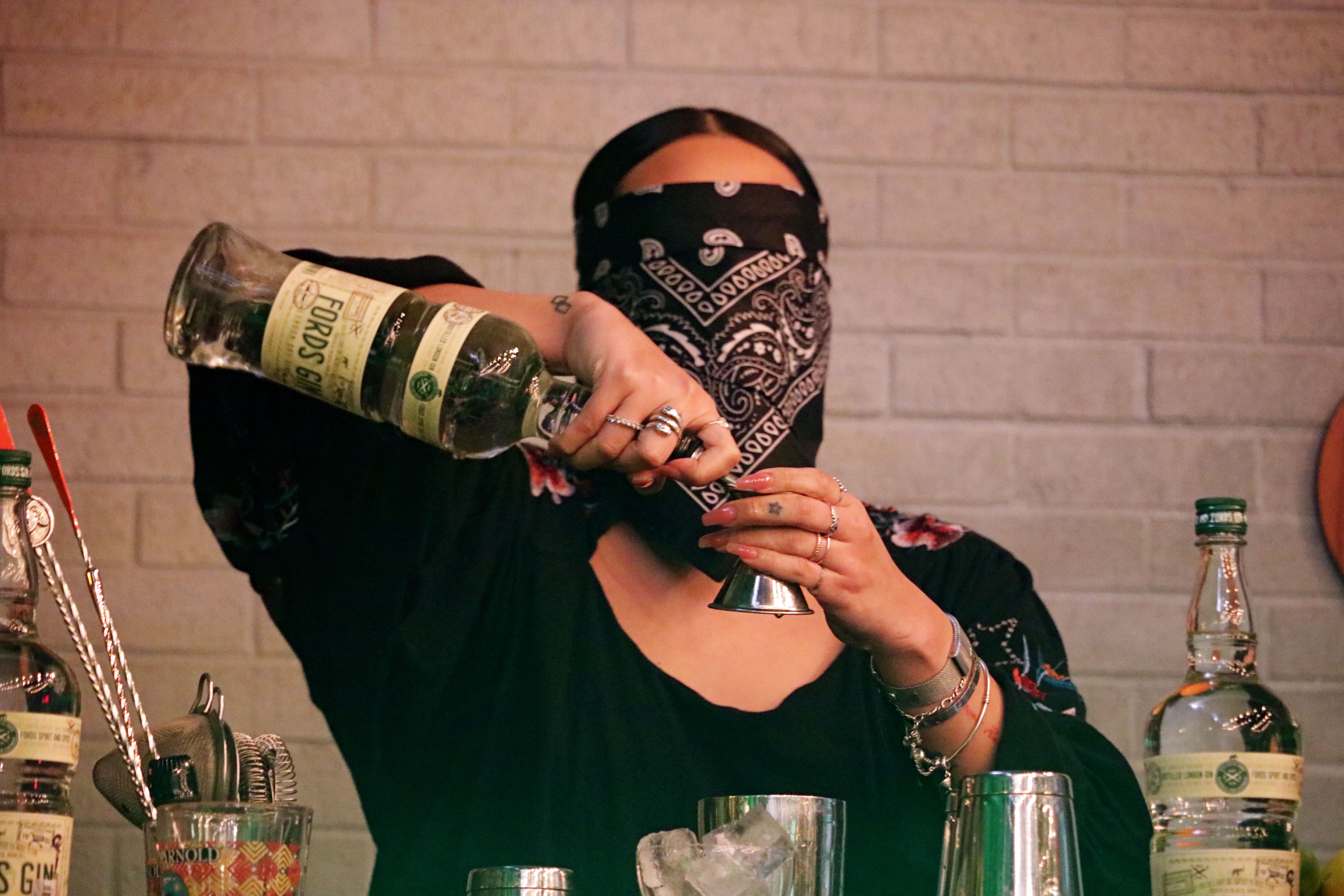 And the winner is…

Bartender Bird Box II was a fun night for industry people and spectators alike. Can’t wait for the next one, which should happen another 6 months from now.