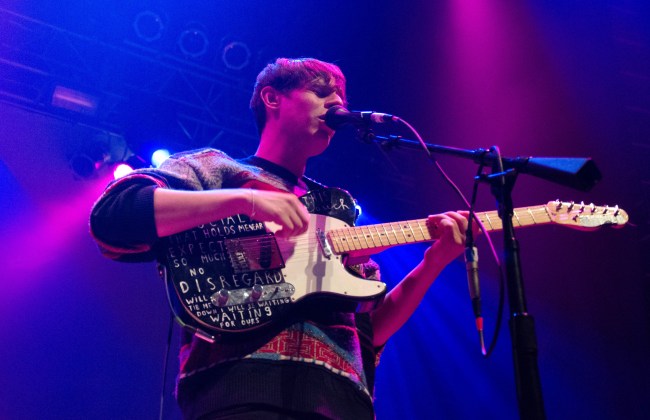 Oct 24— Let me just start off by saying: I’m not a big fan of Houston’s House of Blues (I mean, am I the only one who thinks $9 for a 16oz Pabst Blue Ribbon is…criminally over-priced? I am? Ok). But never mind that:  for what they lack in thriftiness, HOB rectifies this by showcasing good music. And I guess, in the end, that’s all that really matters. My case and point:

Atlas Genius graced the House of Blues stage on Oct.22. We arrived to the show fairly early and grabbed a spot in the back, next to the sound boards, to catch the ‘Trojans’ masterminds (click here for tour dates). Accompanying Atlas Genius was a band called Little Comets.  Started in 2009, Little Comets hail from England and they’ve released 2 albums, their latest one dropped Oct. 15 (Life is Elsewhere). 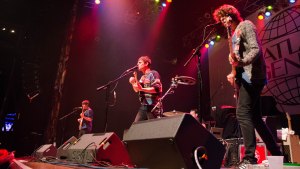 There was a calm buzz going through the small crowd around 7:45pm when Little Comets came happily shuffling onto the stage. They were greeted with slightly enthused applause. The front-man mumbled where they were from but I misheard (turns out it’s a place called Tyne and Wear). And then they got down to business. My initial thought was, “Ugh, the vox is too loud!”

But, in retrospect, it’s not that it was too loud; the front-man had a soulful resonance in his voice that I simply was not expecting. It was like going from 0-100 in milliseconds. He didn’t wait for the pitter-pattering of the crowd-buzz to stop; he was a literal eruption of aural energy.

Little Comets’ musical complexity is to be much appreciated. It’s extremely rhythmic and organic. Most of the songs in their set had an ephemeral “tropicalness” or “beachy-ness” to the sound, as if Foals and Phoenix decided to collaborate and make a mix tape for a road trip along the coast of St. Croix. Listen to “Worry” or “Semaphores on the Lawn” to get an idea of what we’re referring to; it’s nuanced, but it’s there.

They finished their set with a rousing performance of “In Blue Music I Trust”, which culminated with a satisfying, chest-rattling percussiveness. Another favorite was a dulcet little EP called “Jennifer”, which they’re apparently most popular for. This ‘Bobby McFerrin-esque’ song truly is an ear-worm. But it isn’t all Sun and games for Little Comets:“Violence Out Tonight” is one of their more powerful songs.

Over-priced drinks be damned. I’m very happy that Little Comets played that night at HOB and, since they’re touring with Atlas Genius, I can only imagine the following they’ll garner… 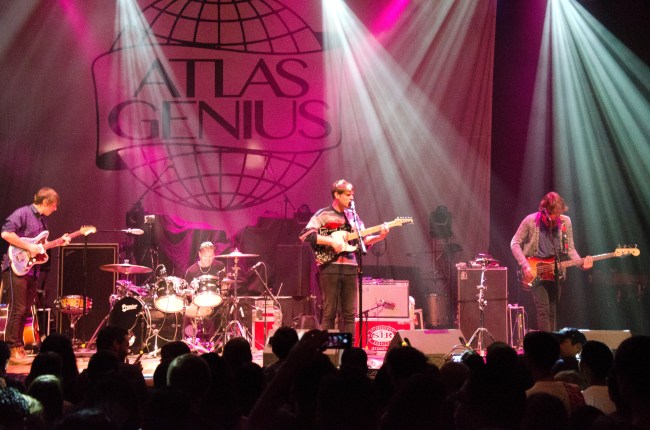