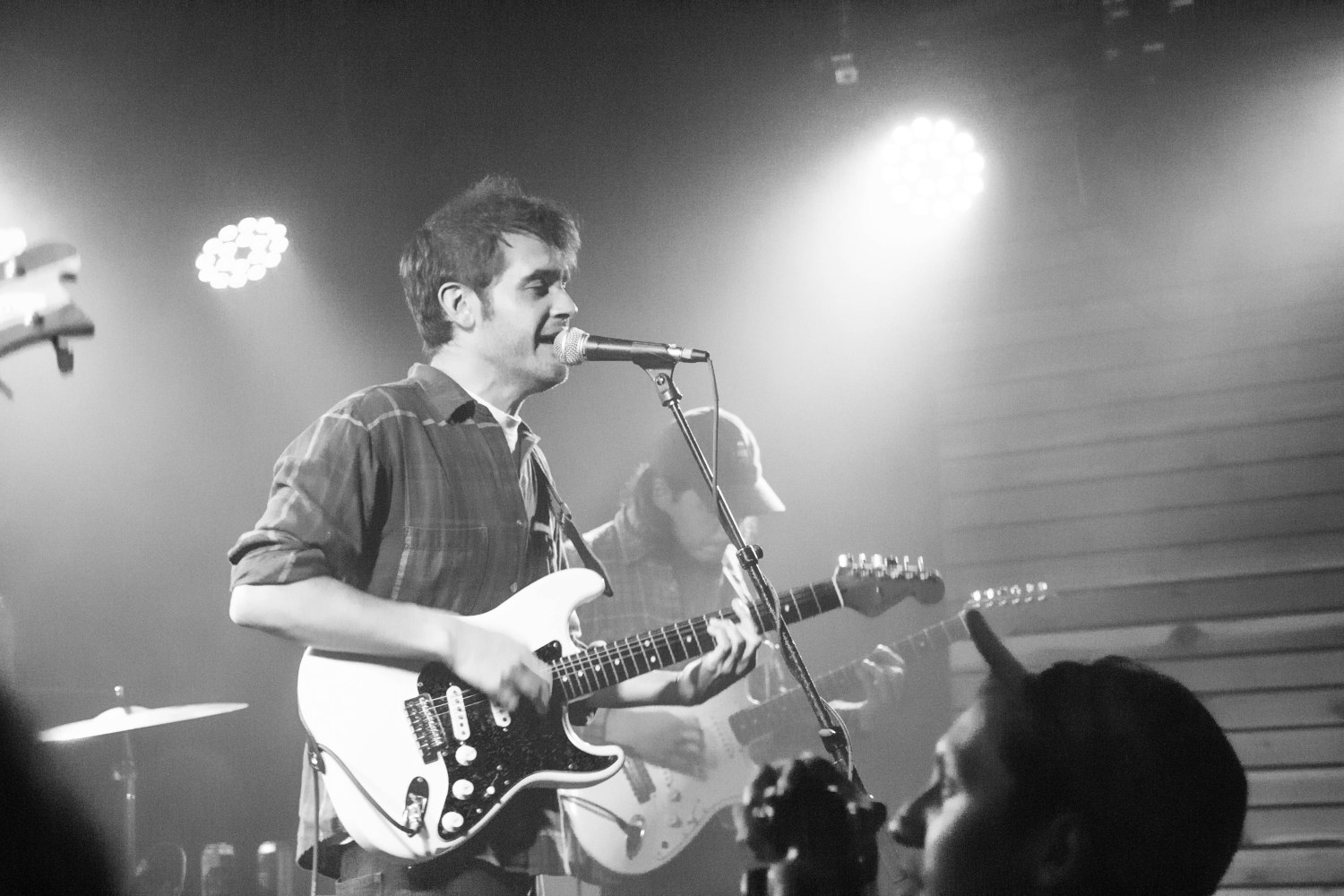 Daddy Issues is a fun musical trio from Nashville with a sound they’ve described as somewhere between witchy grunge and surf glam.   Nailed it.   The Girl Power (emphasis on the power) group showed real mastery in the way they balanced energetic frivolity with directness and power in the lyricism. Not bad at all for only being in the scene since 2014.

Following Daddy Issues was Tall Juan.  Hailing from Brooklyn (b. Argentina), Juan is a lanky rocker with a penchant for wiggling on stage a la Freddie Mercury meets Elvis. The crowd interaction was great and very welcomed.  They had a fun and varied set, which concluded with a dutiful cover of Nirvana’s “Breed.”

Houstonians are still recovering from the aftermath of Hurricane Harvey. Devastation floods the streets without discrimination and hundreds if not thousands of families seek out refuge. The bitter taste and memories of defeat still rings fresh as somber audience members shuffle slowly upstairs at WOMH.

A few chords later, fans are head banging to nostalgic garage punk rock which temporarily alleviated their concerns for the night.

Good vibes resonated through the venue, as Together PANGEA’s sound–thunderous to the point of deafening– offered a great blend of  frenzied indie pop-punk and crunchy grunge.

They have a very dedicated fan-following and when Frontman William Keegan got crowd-level, everyone went nuts. And speaking of “going nuts,” the pit was a true tour de force of boundless energy that only a band of this caliber could fuel.

Thanks to Together PANGEA, Tall Juan, and Daddy Issues for sweeping our feet away.